Theater schools our creativity, it keeps inventing and creating «New Forms». Our perception is constantly re-arranged; spaces for new kinds of thinking and feeling are being created. In the upcoming season we will particularly focus on these «New Forms»:  Specific, strong aesthetics for Lucerne. We'll open with three opera-experiments one couldn't find anywhere else: An interdisciplinary Slapstick Opera commences the season – it was composed for the LT and the Lucerne based 21st Century Orchestra, in particular. Just a day later, Clemens Heil and Matthew Herbert – one of the greatest acoustic artists of our time – embark, with Mahler's «Kindertotenlieder», on a quest for hope in a world losing its future. «Les robots ne connaissent pas le blues» follows shortly after, a highly energetic re-reading of Mozart's «Entführung aus dem Serail». But it's not only «New Forms» that are characteristic for next season. It's also the new faces, the women, that shape the LT. Kathleen McNurney's «Tanz Luzerner Theater» is still led with an unwavering will for innovation – she has been successful in Lucerne for ten years now, and she pursues quality and aesthetics as she did on her first day. A cause for celebration!

We also welcome Sandra Küpper, new artistic director of the «Schauspiel»-department. She's joining us from Hamburg's Thalia Theater, bringing along international artists whose «New Forms» are deeply engaged, strong and hence very affective. Johanna Wall arrives from Komische Oper Berlin. With hospitality, warmth and a lot of new ideas Sibylle Grüter und Jacqueline Surer from Zurich will breathe fresh life into our puppet theatre department at Industriestrasse. «New Forms» will also influence the structural side of our work. We'll try to understand and explore how we will be producing and making theater 30 years from now. These questions, and the entire process of envisioning a new theatre building, will accompany us, in a very concrete sense, through the upcoming season.  And there is a new benefactor on our side: Bucherer AG. So: Buckle up and look forward to our «New Forms», new figures, and the free and original interpretation of our tradition! 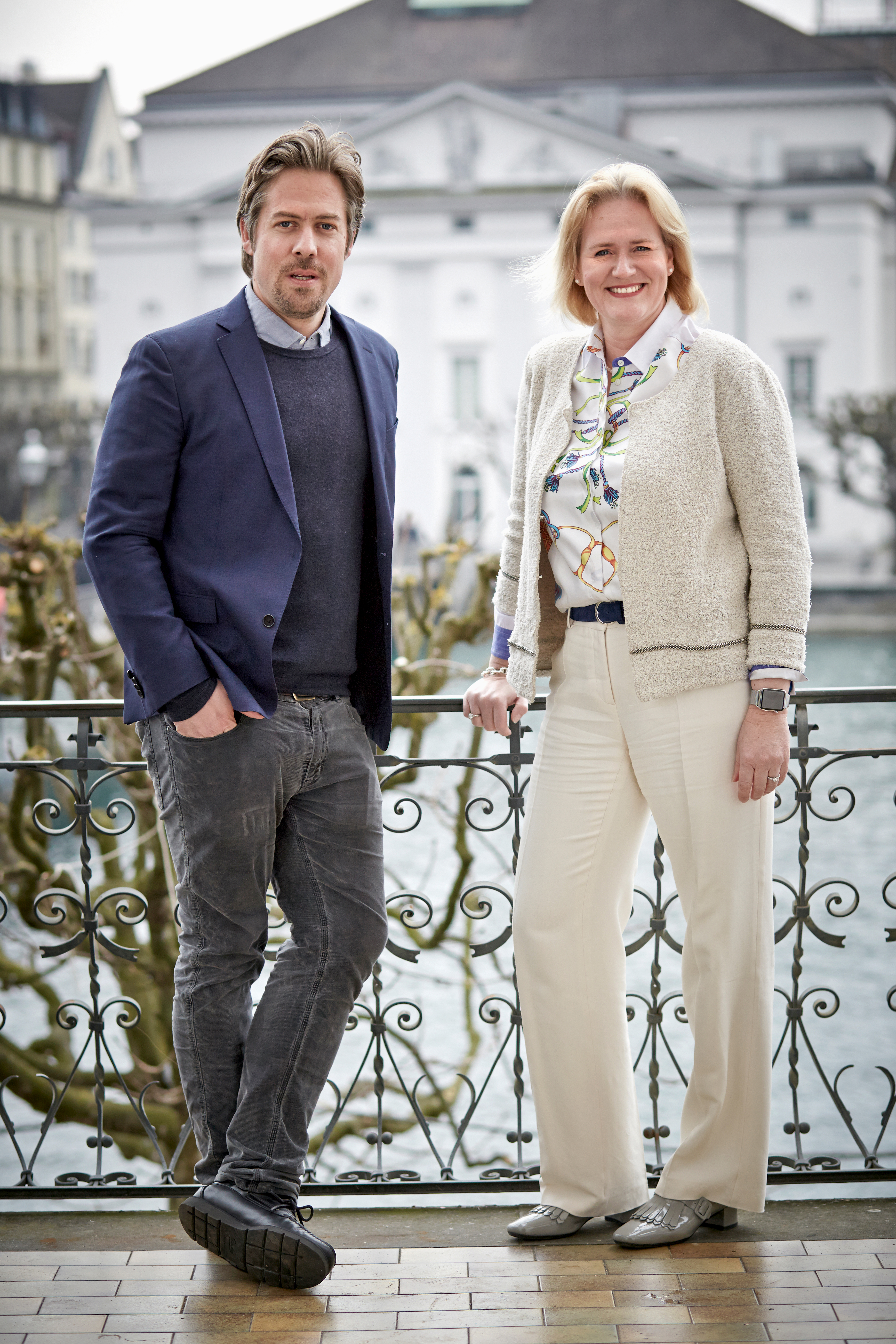